As the world watched Nazi propaganda newsreels showing the power of their Panzers and the Luftwaffe crushing the armies of Poland and France, the United States and tried to come up with better methods of countering these forces. In order to counter the swarms of German aircraft they expected to face, the anti-aircraft arm needed to be upgraded. 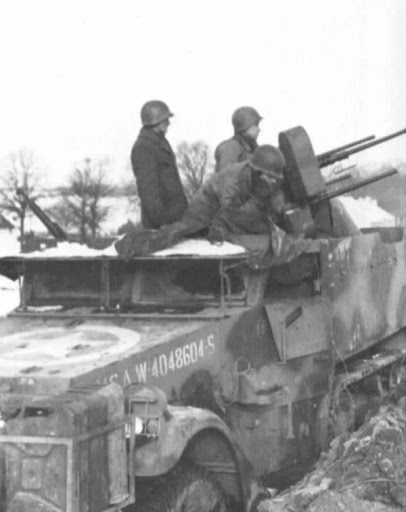 The Army needed a weapon which could be mobile and rapidly respond to incoming threats like strafing runs. The Maxon Automatic Machine Company developed a twin mount for the .50 M2 Heavy Machine Gun, adopted in 1940 as the M33. While the M33 was successful, there was a desire for increased firepower. 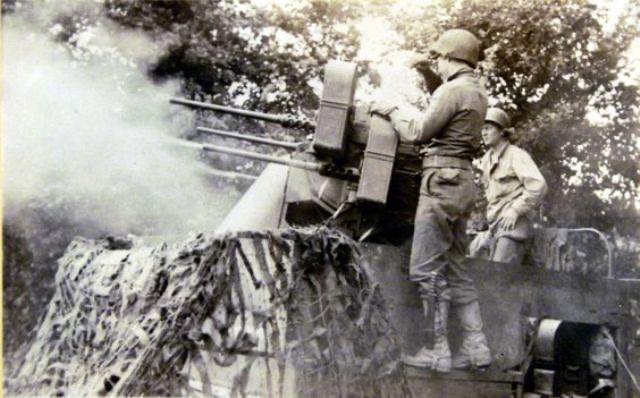 Maxon further developed the mount to include another two machine guns, creating the M45 Quadmount, adopted in 1942. Two primary variants of the M45 were used during the
war, the trailer based M51 Multiple Gun Motor Carriage (MGMC) used alongside the 40mm in Anti-Aircraft Regiments, and the self-propelled M16 MGMC based on the M3 Half-track.

The Army needed a weapon which could be mobile and rapidly respond to incoming threats like strafing runs.

By the time the U.S. invaded Northwest Europe, Allied air superiority was firmly cemented, and the M45 was used mainly as a ground support weapon, earning the nickname “Meat Chopper” and “Kraut Mower” for obvious reasons. We have examples of both the M16 and the later M55 in our collection. 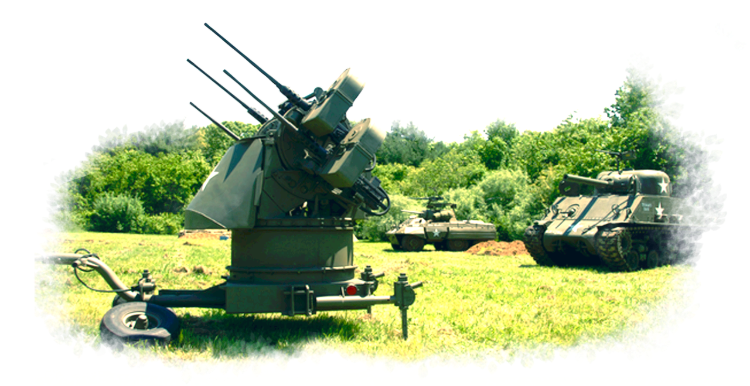 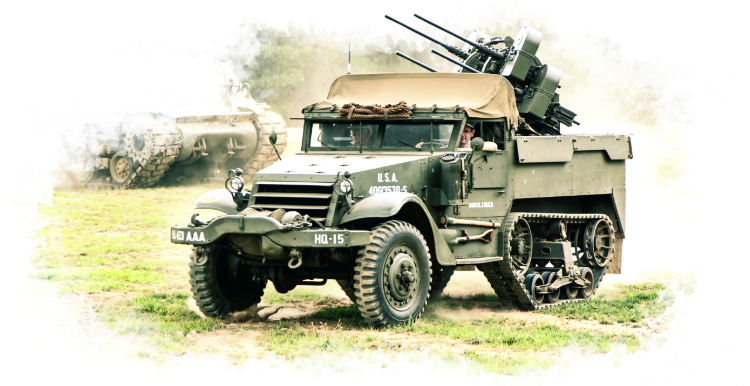 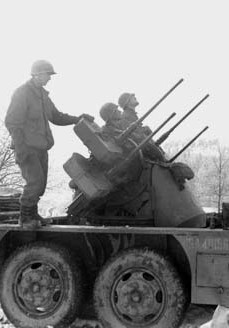