In a move designed to further strengthen Nassau County’s destination tourism industry, while simultaneously providing a new source of revenue for the county’s park system, the 25,000-square-foot Museum of American Armor was born, just inside the grounds of the Old Bethpage Village Restoration.

The ability of the museum to create a military armored column among vintage farm houses and country roads, accurately replicating the sights and sounds of American forces during World War II, stands as one of the most compelling educational tools our region has at its disposal, in telling the seminal story of American courage, valor, and sacrifice—a virtual time machine, if you will. 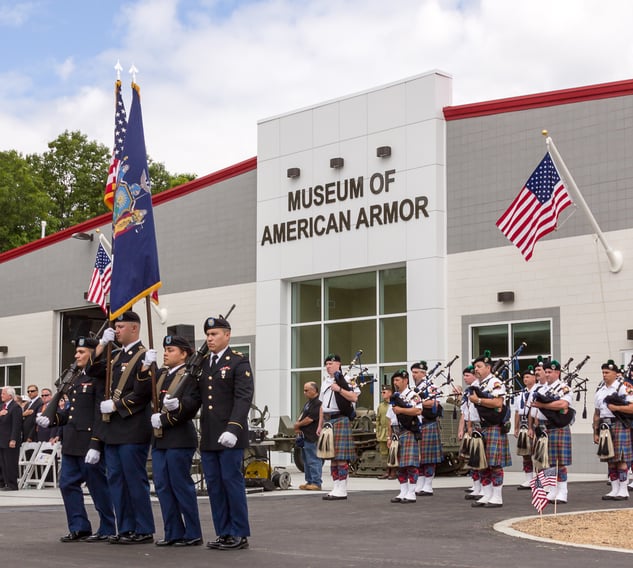 “Our goal is to bring the sights and sounds of American history to a new generation and thereby pay tribute to those who defended our freedoms.”

“Seeing these vehicles cross an open field as Airpower’s vintage fighters fly overhead recreates a moment in time that allows us to begin to appreciate what was required by our grandfathers to defeat an evil that even today we cannot fully comprehend," said Lawrence Kadish, chairman and founder of the Museum of American Armor.

Once visitors walk through the museum’s camouflaged front doors—which have been heavily sandbagged, similar to the way important bunkers were protected some 70 years ago—they are greeted by a stunning display of some 30 vehicles. Half a dozen times a year, in coordination with Old Bethpage Village Restoration programming, these vehicles are presented in the field, or on the village’s country roads, as living historians offer skilled demonstrations of WWII tactics.

Operational vehicles on public display include an iconic Sherman tank, a Stuart light tank used extensively by the Marines during their Pacific campaigns, a potent 155 mm howitzer, reconnaissance vehicles that acted as armored scouts for American forces, anti-aircraft guns, and similar weapons that broke the back of the Axis powers during World War II.

Other vehicles range from a classic LaSalle staff car in the markings of a Fleet Admiral, to jeeps, weapons carriers, and half-tracks. Multimedia displays augment this exhibition, as visitors young and old have the unique opportunity to view tanks under repair and restoration.

For over four decades, Lawrence Kadish, president and founder of the Museum of American Armor, has strengthened institutions and initiatives which aid democracy around the world, while assisting America in its efforts to protect and enhance our national security.

He views the formation of the Museum of American Armor as a strategic move to reconnect a new generation of Americans with the courage, valor, and sacrifice of those who have defended our nation.

Through its programs, educational initiatives, and exhibits—many funded through the efforts of Lawrence and Susan Kadish—the museum has been cited by the Long Island Social Studies Council and Dr. Libby O'Connell, History Channel Chief Historian Emeritus. 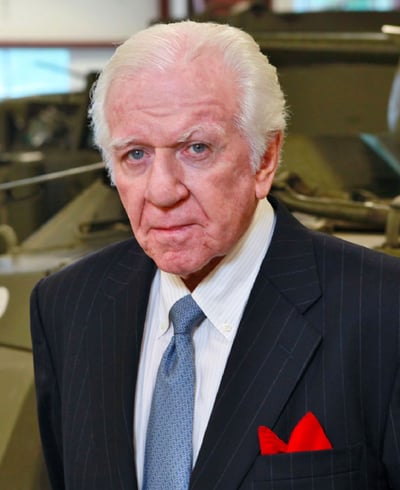 Mr. Kadish continues his leadership roles as a founding board member of the Gatestone Institute, Human Rights Voices, Americans for Victory Over Terrorism, and the Committee for Security and Peace in the Middle East.

A commercial, retail, and industrial real estate investor and developer with national holdings, Mr. Kadish began his career in Brooklyn, securing an electrical engineering degree before launching his entrepreneurial career.

Today, Lawrence Kadish is a published columnist, as well as a determined and effective leader who continues to assist in protecting American values, the cause of democracy, and the future of this great nation.