The half track was a key part of the U.S. Armored force’s success in the Second World War. A development of the earlier M2 Halftrack, the M3 and later M3A1 allowed the American “Armored Dough” to keep pace with the rapid advance of the tanks. An Armored Rifle Company would be allocated 20 vehicles. Three were used in the Company Headquarters, with one each functioning as a command vehicle with radios, transport for the maintenance section, and an ambulance. It’s primary function, however, was as a troop carrier. 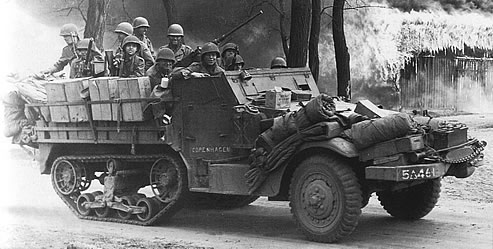 The Company's three Rifle Platoons would be given five halftracks each to carry the Platoon Headquarters, three Rifle Squads of twelve men each, a 60mm Mortar Squad, and a Light Machine Gun Squad. These vehicles would transport the men inside to the front lines, allowing them to dismount and fight on foot. Finally, the Company’s Anti-Tank Platoon used another three vehicles. These towed the Platoon’s 57mm Gun M1, the ammunition for the guns, and their crews. 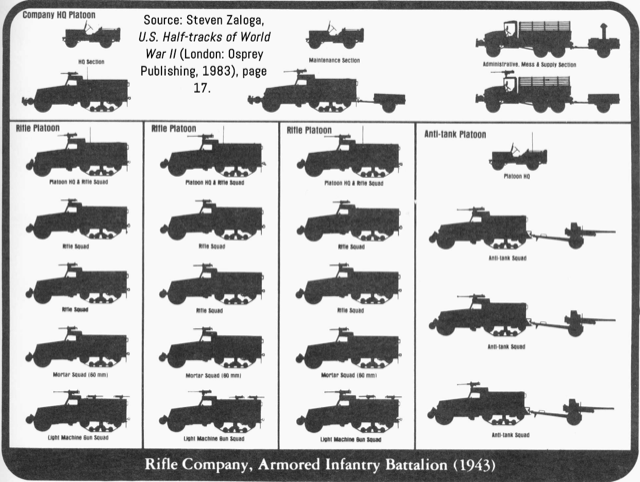 Each half track was armed differently depending on what it was assigned to do. Vehicles for Headquarters or AT personnel were usually armed with .50 M2 machine guns, while those carrying the Rifle and Mortar Squads had .30 M1917A1 or M1919A4 machine guns. Standing out from the bunch, the LMG Squad’s track was armed with both a .50 and two side-mounted .30 machine guns, which you can see modeled by our example, “Daring,” both at the Museum and in this photograph of her during the war.

The half track was a key part of the U.S. Armored force’s success in the Second World War. 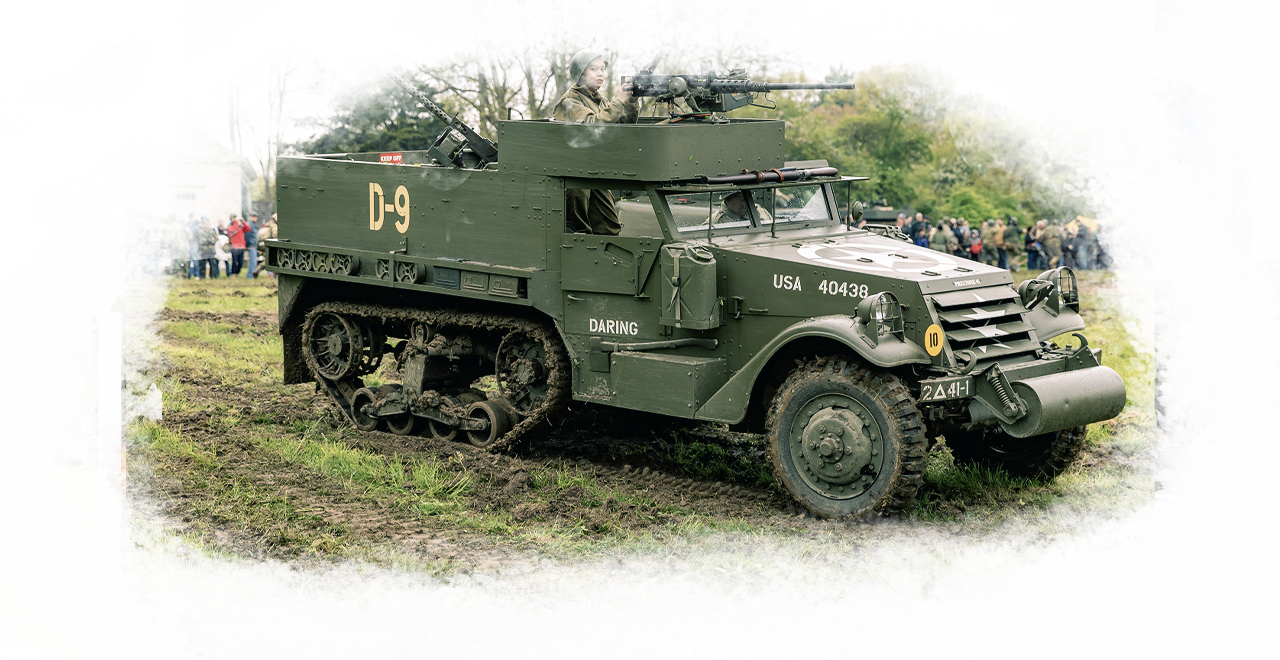 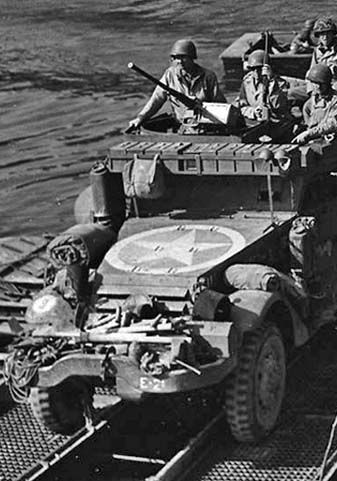