The Light Tank M5A1 was the ultimate development of the Stuart tank family. In 1941,there were worries about the future availability of radial engines as the production of both tanks and aircraft would outpace the production of the engines they used. June 6th, 1941 saw the conversion of an M3 Light Tank to M3E2, using two standard Cadillac car engines and
transmission. 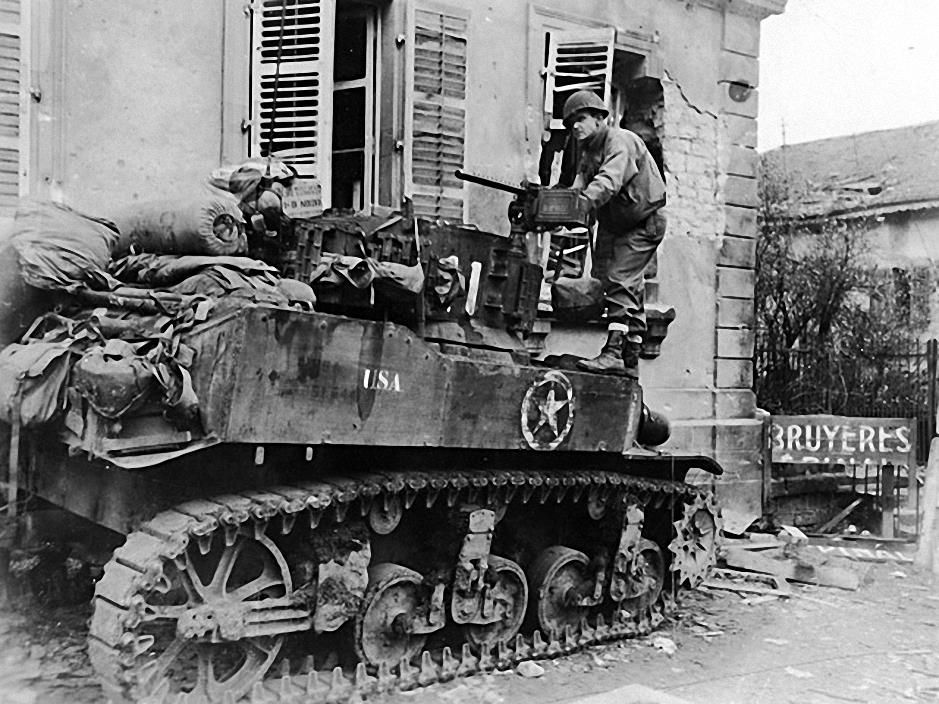 Testing at Aberdeen Proving Grounds showed that the vehicle’s performance was comparable to the radial engine M3, and in November 1941, it was standardized as Light Tank M4, later redesignated M5. 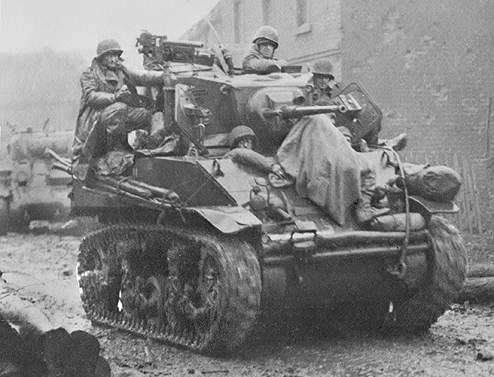 The M5 received other radical changes to distinguish it further from the earlier M3 series, most notably the change to using welded armor over riveted armor. The M5 shared the same turret as the M3A1, but this was replaced in 1942 with an enlarged turret from the M3A3 with a bustle for the radio to fit into, thus creating the M5A1. 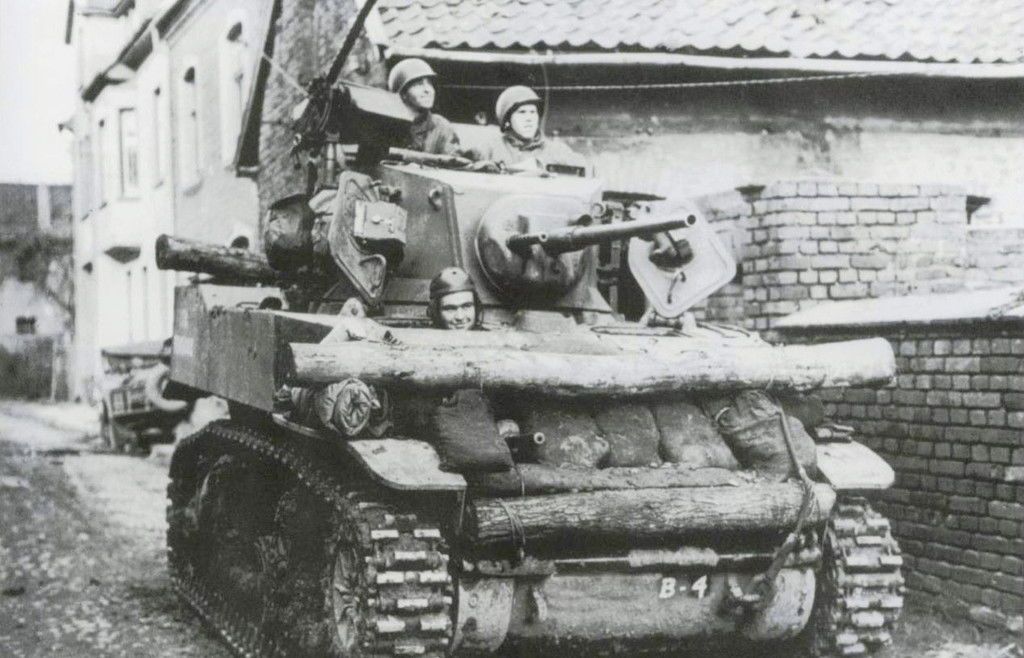 The Light Tank M5A1 was the ultimate development of the Stuart tank family.

Serial production of the M5A1 began in December 1943 and ended in June 1944 after the adoption of the Light Tank M24. The M5 and M5A1 still remained in frontline use alongside the M24 until the end of the war. 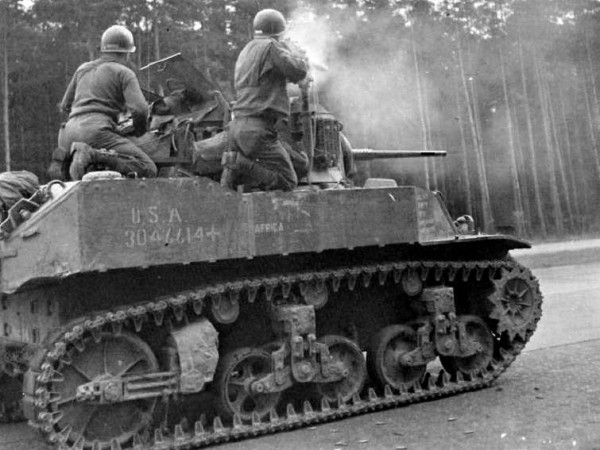 The Museum of American Armor’s operational M5A1 belonged to the Peruvian Army until the early 1980s, after which it was used in the filming of several movies. Most notably, it was heavily modified for the filming of the 1995 movie “Tank Girl.” See below

Today, it is in a much more appropriate World War 2 guise. 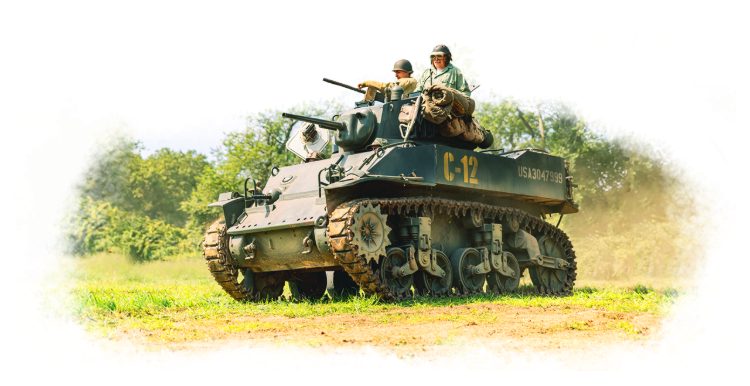 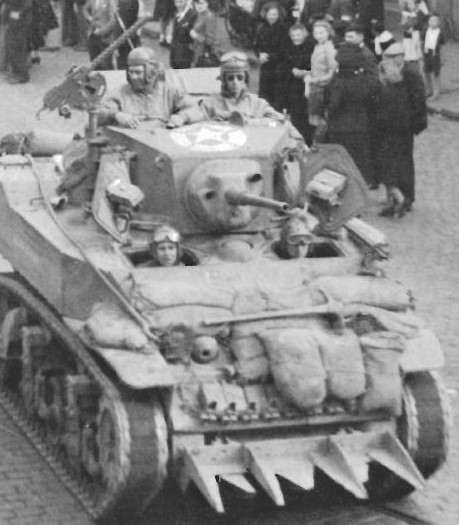