The "boogeytank" of the Western Front

The “boogeytank” of the Western Front, the Tiger I was a powerful armored behemoth which struck fear into the hearts of Allied tankers. Designs for the Tiger I date as far back as 1939 after the German Army requested a “breakthrough” tank, a heavily armored tank designed to smash through enemy lines and allow infantry to infiltrate. 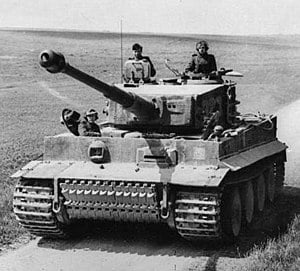 However, real advancements in the design were not made until 1942. Trials for the VK 45.01 were set for April 20th, 1942. Of the two competing designs from Henschel and Porsche, the former proved to be the more mechanically sound and was adopted, though it still had teething problems which would only grow worse as the war progressed.

What comes to mind for most people when they think of the Tiger I is the gun. Originally, the vehicle was supposed to carry a 10.5cm howitzer. However, after experiences fighting heavily armored Allied and Soviet vehicles, this was changed to an 8.8cm gun.

Such was the reputation of this gun that Allied soldiers soon referred to every large caliber round fired at them as an “88.” The Tiger saw most success on the Eastern Front, where the majority of them were deployed.

On the Western Front, Tigers I were much rarer, especially in American sectors of the theater. From D-Day to V-E Day, there are only three officially recorded instances of U.S tankers engaging with Tiger Is. Those with an eye for tanks will notice that the Museum of American Armor’s Tiger I is not an original. Like many other examples of German armor, Tiger Is are exceedingly rare. Our replica Tiger I is built on a Soviet T-55 chassis, and allows us to demonstrate just what an American soldier was up against in the Second World
War. 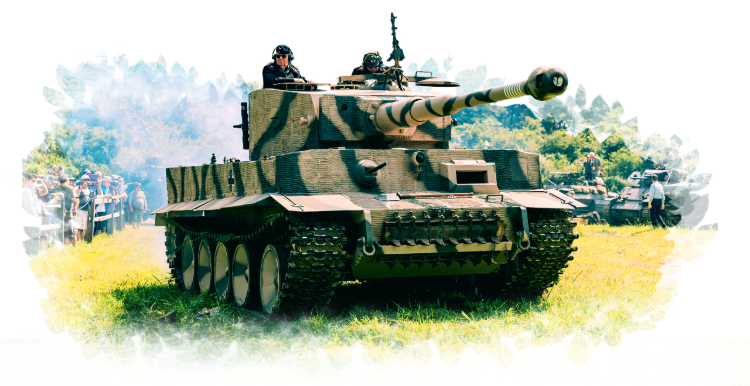